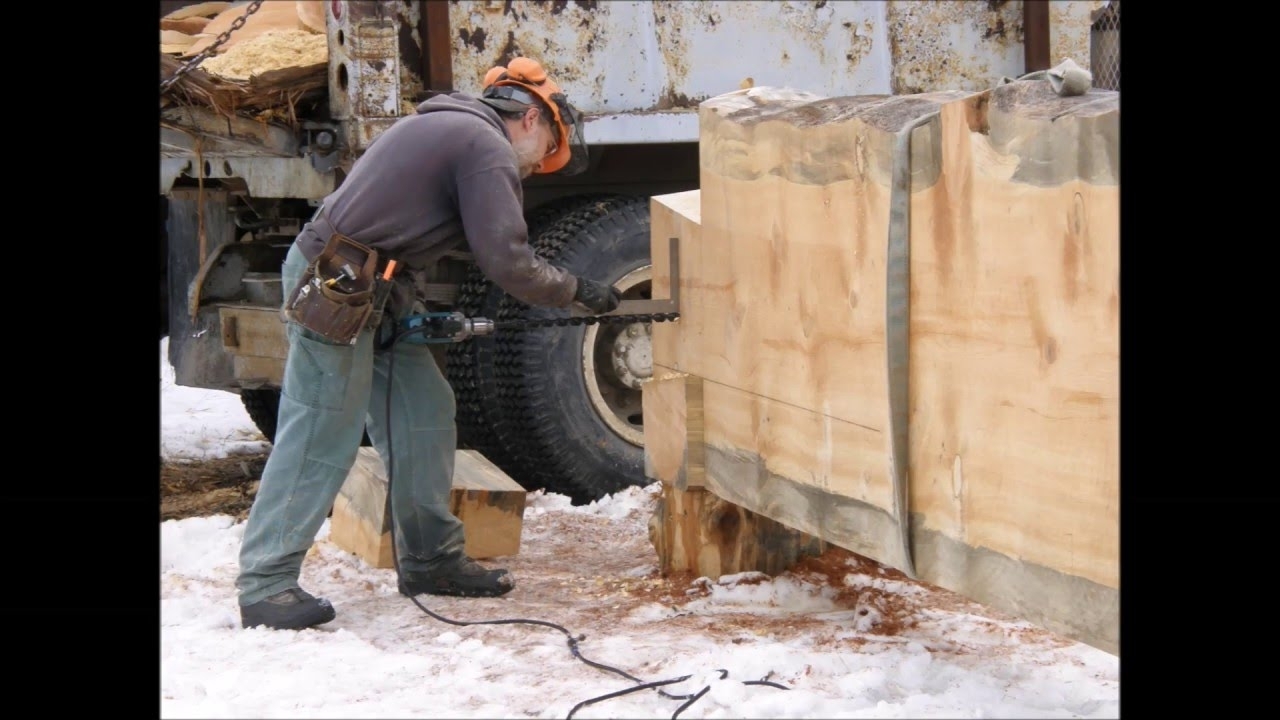 Nicola LogWorks is a log home building company in Merritt, BC (Nicola Valley) serving residential and commercial customers throughout Canada and around the world, with custom log homes and timber structures.

In the YouTube video below, entitled "Homage to the Ponderosa Cabin", we get a glimpse at what was involved in fulfilling a couple's vision of a dovetail log cabin high in the Nicola Valley. The cabin is unique in that it is built with massive beetle-killed ponderosa pine logs salvaged from the owner’s property.

The land is graced with panoramic views of the valley's expansive grasslands and set amid stands of aspen and poplar, but the ancient ponderosa pines were the prized feature of the land, making it particularly bitter as the iconic trees began to die. The landowners approached John Boys, log builder and owner of Nicola LogWorks, about the potential of building with the wood from these trees, as an homage to their grandeur.

Given that Ponderosa (also known as Yellow Pine or Bull pine) is not commonly used in log structures, the experienced team at Nicola LogWorks had a number of concerns about how much the logs would dry, move and settle, but were eager to realize the customer’s vision and took extra measures during construction to address the possibility of unexpected log movement during settling. (As it turned out – the ponderosa pine is very stable).

Any logs showing signs of rot were culled and replaced with "denim" pine (stained blue by a fungus carried by the pine beetle) logs from elsewhere in the region. To help the owners visualize the final product and to keep the project on budget, Cyril Courtois of RCM CAD executed the 3D modelling of the building, while Nicola LogWorks generated the 3D working plans from which the team would build.

The enormous diameter of the Ponderosa logs meant that the log walls reached plate height of 9'4" with only 3 "rounds" of log work. Exterior and interior sides of the wall logs were flattened and milled to a thickness of 16".

Construction began in late winter and was completed in spring, after which the dovetailed logs were tagged, loaded and transported to the owner’s site where they were reassembled atop a sub-floor, with the help of an All-Terrain Crane.

Once the cabin walls and log roof system was erected by the experienced builders at Nicola LogWorks, the general contractor took the work on to turnkey completion. In the last minute or so of the video, you can view some of the finish photos of the completed log cabin.

Details to note include the rustic circle-sawn finish on the logs, a ship's ladder that connects the 800 square foot living space with the upper loft, a full basement with daylight windows, and a covered deck overlooking the grasslands. This rustic and skookum log cabin is an example of a well-planned dwelling that suits the landscape and the lifestyle of the owners.

Thanks for checking out our Homage to the Ponderosa Cabin video. If you would like to find out more about realizing your dream log home, get in touch with us at Nicola LogWorks.

Nicola Log Works has the ability to source and custom fabricate the materials required for the installation and the ship these components several thousand miles across the country where Nicola crew efficiently erected the structure. In the future I hope to be fortunate enough to work with Nicola Log Works and John Boys and I would not hesitate to recommend Nicola’s service to any one requiring wood or log structure work.

John Boys and Nicola Loworks have played a positive role in the complex project delivery process with contribution to both design and construction through attention to detail, project preparation, and their knowledge and passion for the celebration of wood

I was impressed at how well organized the erection crew from Nicola Logworks was. Despite poor weather conditions (rain, snow, and wind),the erection went smoothly.